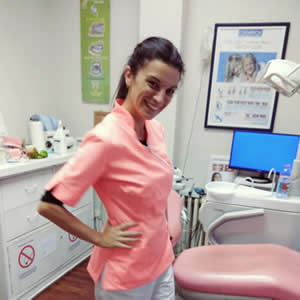 She was born on April 29th, 1977 in Sjenica.
She finished primary and secondary school in Vrnjacka Banja. In 2003, she graduated from the School of Dentistry, University of Belgrade.

She worked in “Lege Artis dr Dragan Predolac” dental office in Vrnjacka Banja from 2004 to 2010. In 2010 she started her own dental office “Smile Dent” in Trstenik and she has been working here ever since.

She regularly attends lectures, seminars and conventions regarding stomatology.

WHY SHOULD YOU CHOOSE US?

We are continuously working on advanced training by attending numerous seminars and following world conventions, which results in improving our services. We use the best cutting-edge techniques and materials in our work.

TAKING CARE OF OUR PATIENTS

Our patients always come first. They feel relaxed in our dental office because they will be provided with the best and the superior quality solutions for their dental conditions. Our patients feel at ease during dental procedures.

After 13 years of substantial experience we have not changed our highly-set objectives and we still treat our patients with great care and responsibility. Numerous and satisfied patients motivate us to accomplish our goals.